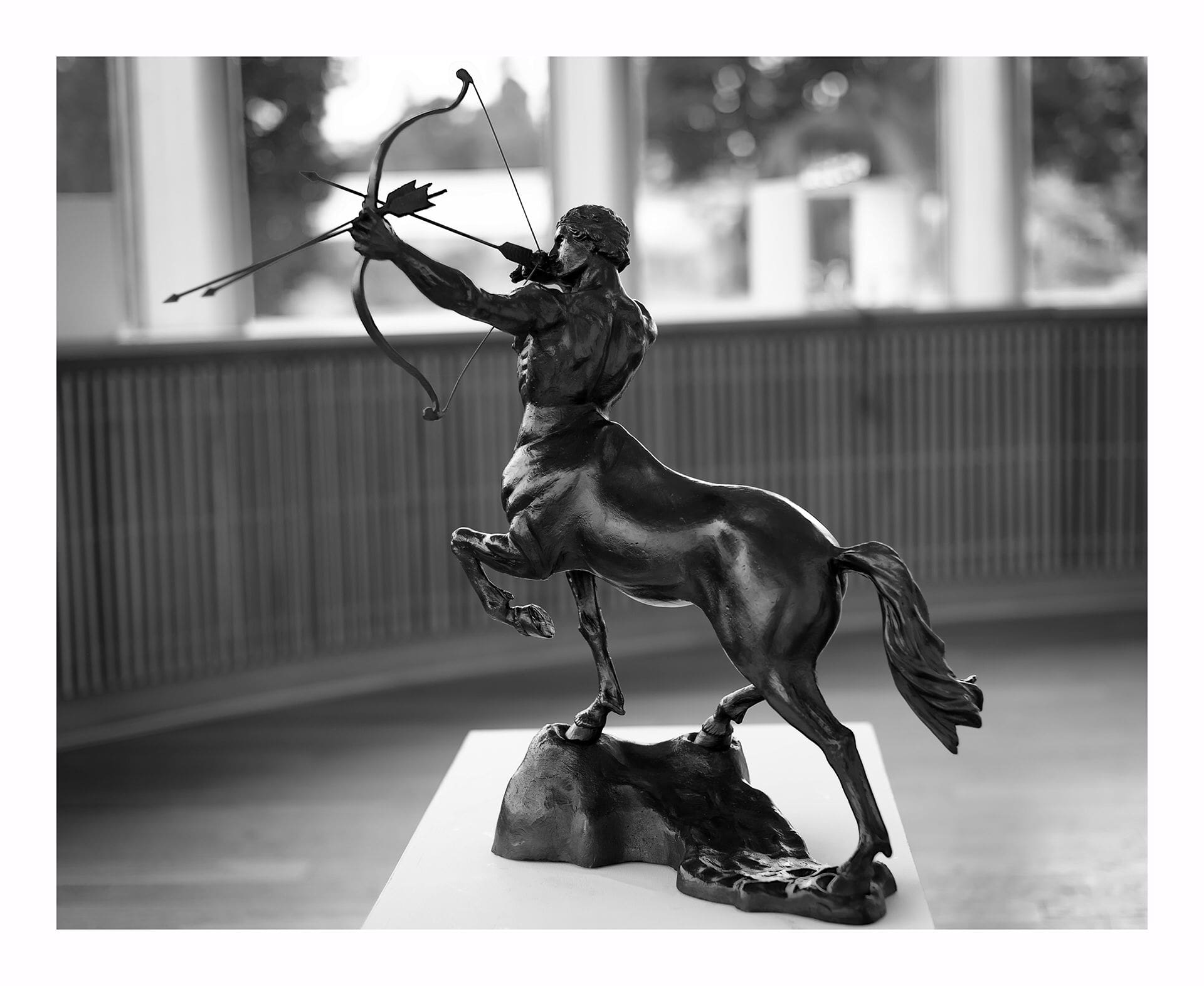 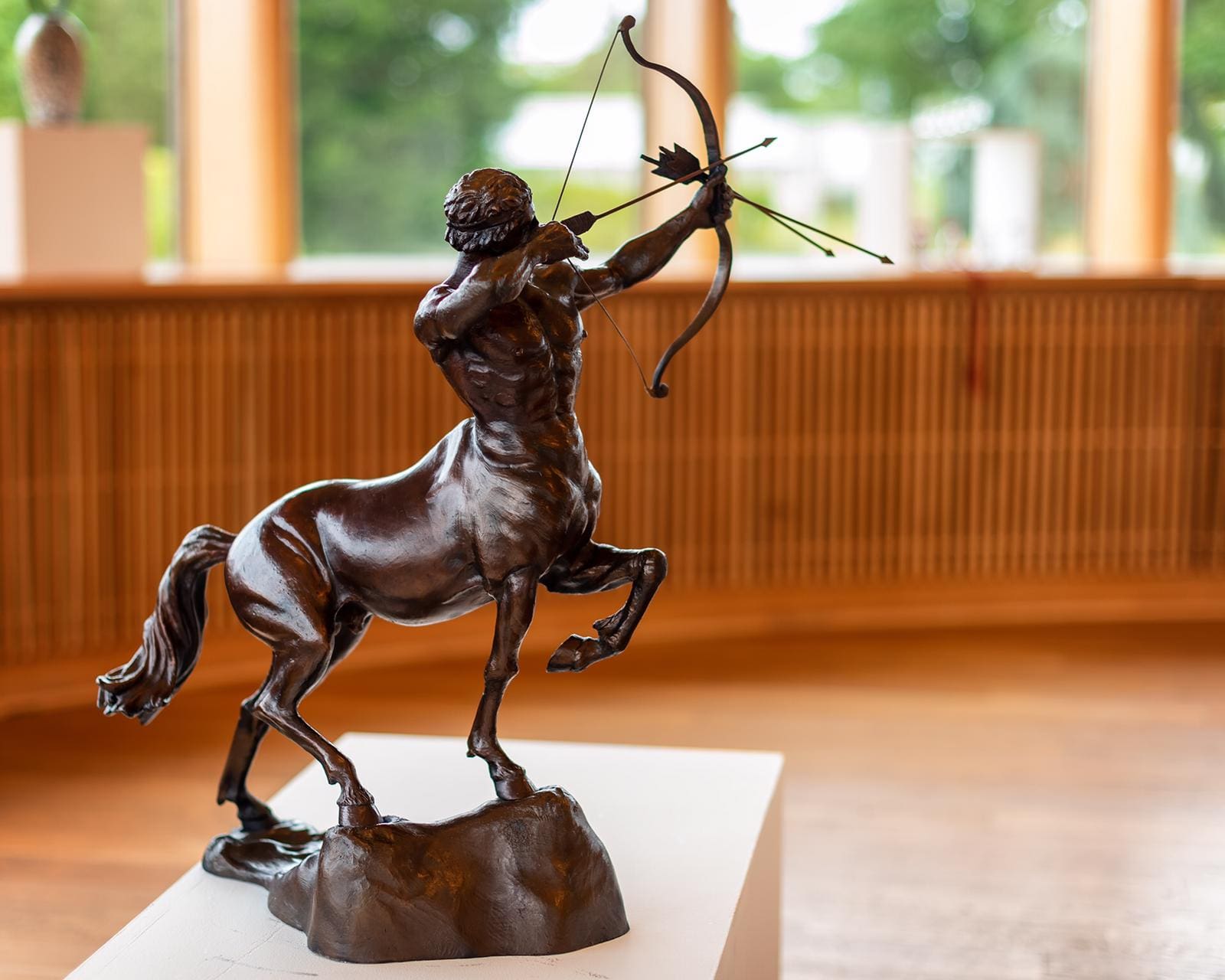 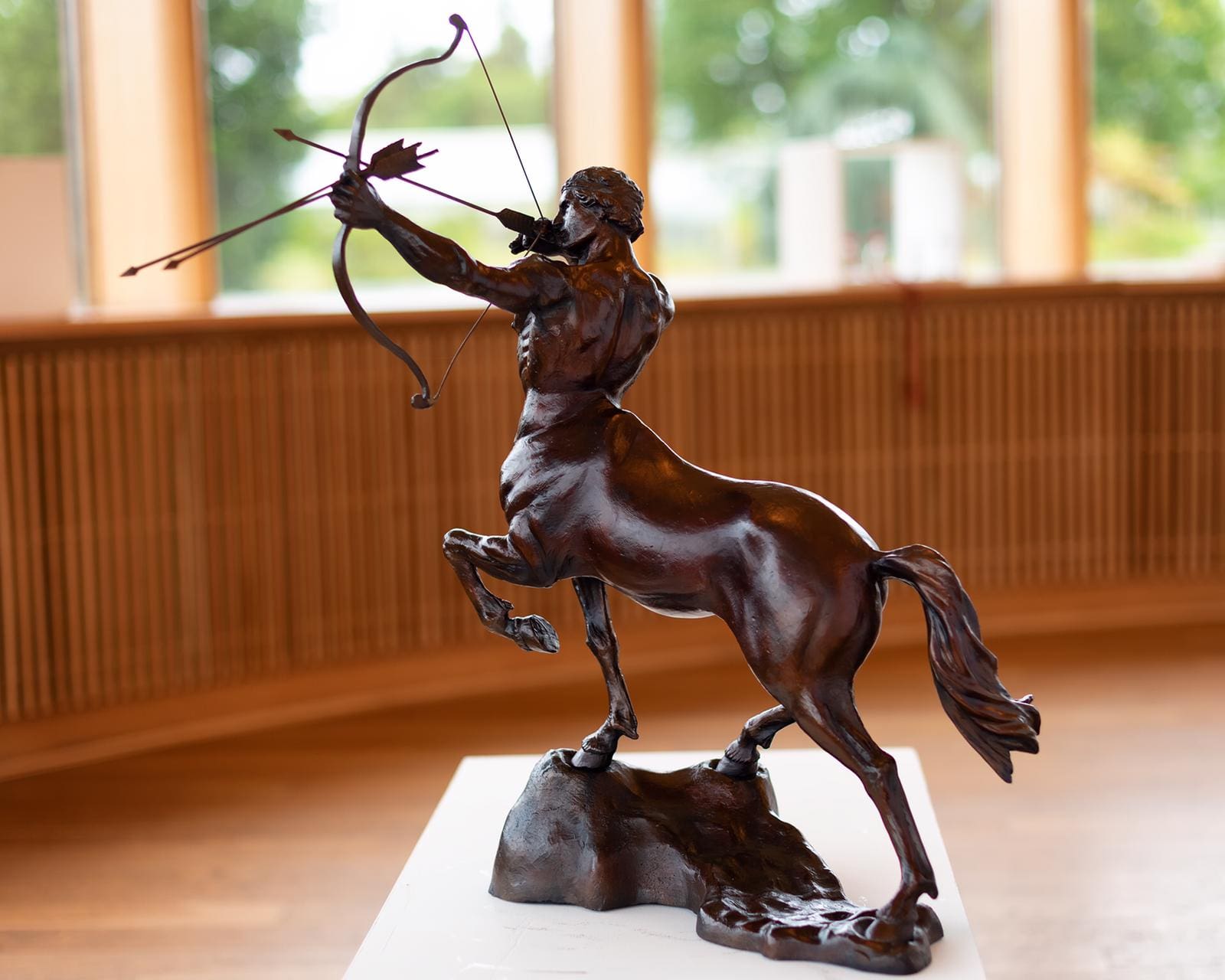 The Archer is a Bronze Sulpture created by Michael Keane. It depicts a Centaur preparing to fire and arrow from his bow.

Some interesting facts about Centaurs:

Centaur, Greek Kentauros, in Greek mythology, a race of creatures, part horse and part man. They we said to dwell in the mountains of Thessaly and Arcadia. Traditionally they were the offspring of Ixion, king of the neighbouring Lapiths.

They were best known for their fight (centauromachy) with the Lapiths, which resulted from their attempt to carry off the bride of Pirithous, son and successor of Ixion. They lost the battle and were driven from Mount Pelion. In later Greek times they were often represented drawing the chariot of the wine god Dionysus or bound and ridden by Eros, the god of love.

Their general character was that of wild, lawless, and inhospitable beings, the slaves of their animal passions.

Centaurs may best be explained as the creation of a folktale in which wild inhabitants of the mountains and savage spirits of the forests were combined in half-human, half-animal form. In early art they were portrayed as human beings in front, with the body and hindlegs of a horse attached to the back; later, they were men only as far as the waist. 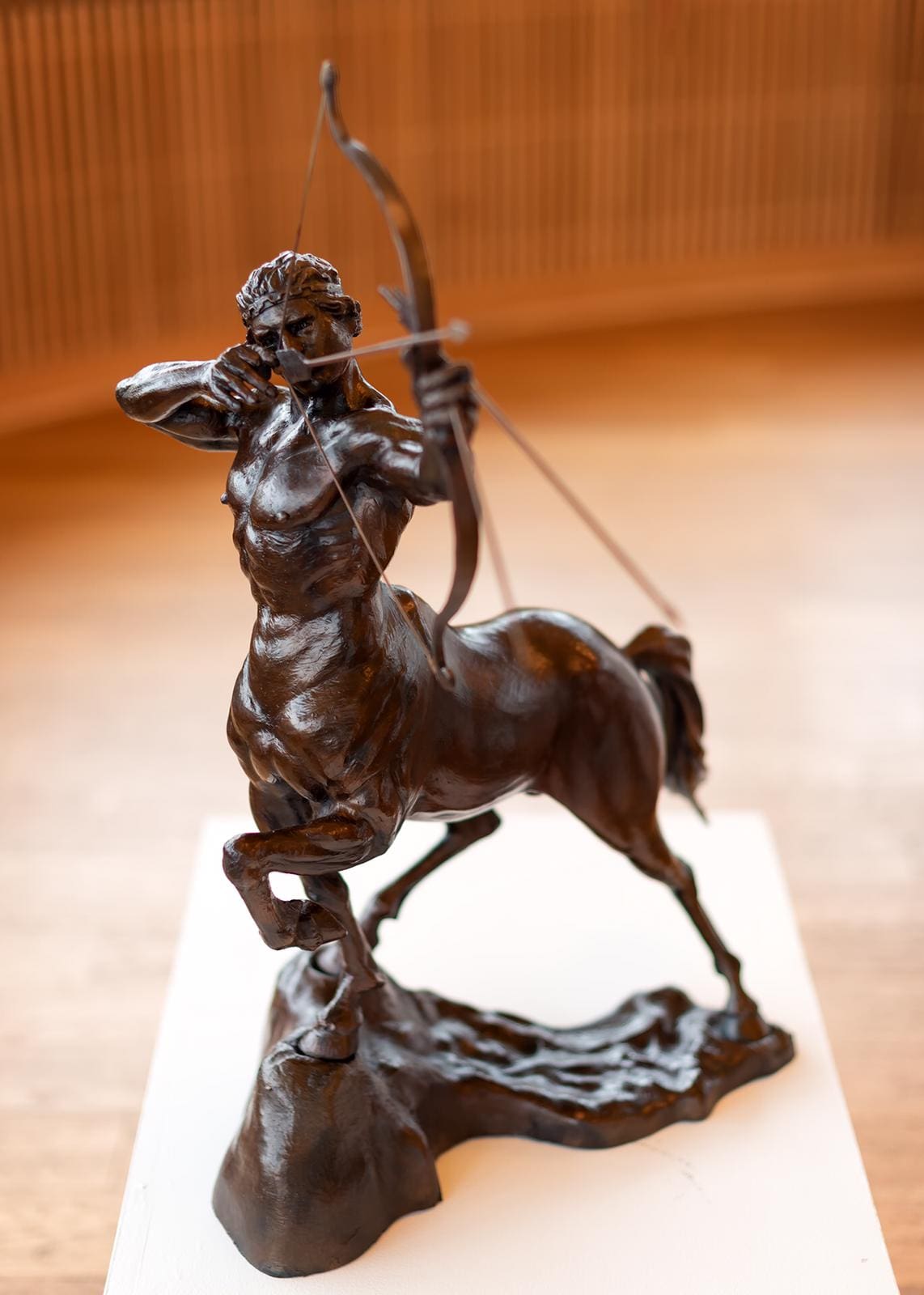