This snail piece was displayed the prestigious exhibition ‘Sculpture in context’, which is an annual event held in the Botanic Gardens, started in 1997. It was a very difficult piece to create, as 50% of the firings are not successful. This is primarily due to the shape and size of the piece.

The piece was divided into 4 pieces and hollowed out and reassembled for firing. It was a difficult firing. I had to make special props for it in the kiln. Because of this, the piece may move during firing. The firing was 1160 degrees Fahrenheit

The glazing was very difficult. There is no way of knowing how the piece is going to turn out until after it comes out of the kiln.

The body segment of the snail was sculpted in wax. This was then cast into bronze. This was done after the shell was finished due to shrinkage.

Snails are found on every continent, except for Antarctica. There are many different species. Most aquatic and terrestrial snails are herbivorous. Some are omnivorous or even carnivores.

The only measurable difference between snails and slugs is that the former has a shell. In reality, some slug families have internal shell plates hidden within their bodies. Smaller shells can help the creatures to be more mobile. This is an advantage when it comes to chasing down prey.

Slugs and snails are mollusks in the same category as oysters, clams, and mussels. Gastropods (snails and slugs) are the largest group of mollusks. They comprise more than 80 percent of living mollusk species. They’re also one of the most diverse groups of animals.

The Giant Triton can grow up to a foot and a half long. It’s also an aggressive predator with a keen sense of smell. It loves to eat starfish, paralyzing them with venomous saliva.

The sea snail was considered a symbol of rebirth and joy for Mesoamericans. They believed the whirled shape of its shell represented the circle of life.

Conches are very large sea snails. People have used shell trumpets as musical instruments for millennia. Shell trumpets play an important part in the mythology of ancient cultures. These include Greece, India, and Hawaii. In ancient Greek mythology the sea god Triton calmed the waves with a conch-shell trumpet.

Some studies have found that snail mucus might be useful to help wounds heal. Perhaps by triggering an immune response that helps skin cells regenerate.

Some garden snails prefer eating from the same food source as another snail. They do this even when there is other food available nearby.
Several species of terrestrial snails have hairy shells, especially the juveniles. Scientists think this might be an adaptation that improves movement. Hairy snails tend to come from humid areas. 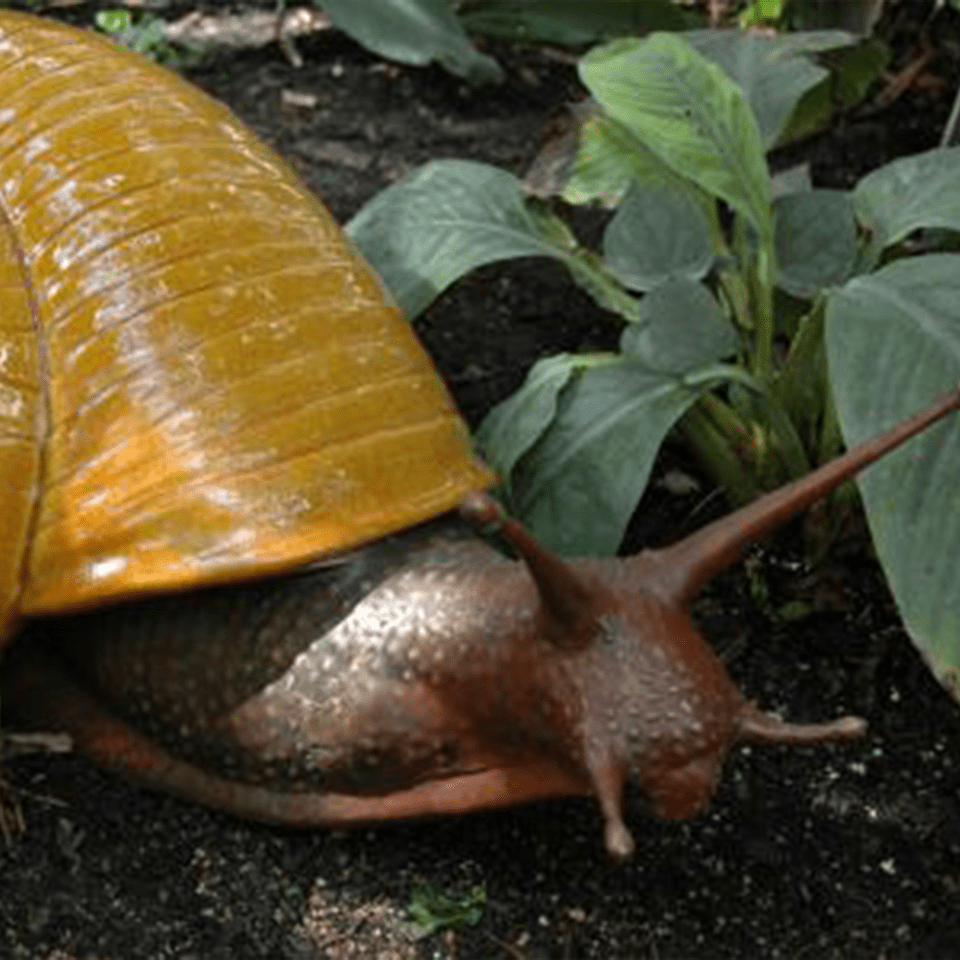